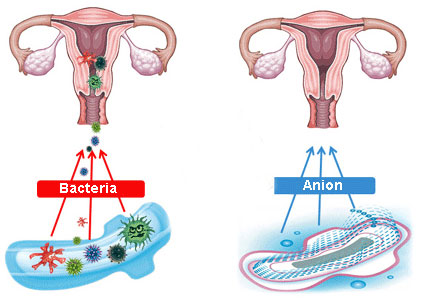 Just as positive ions build up in the atmosphere prior to a storm front, negative ions accumulate following a storm. This surfeit of negative ions has long been associated with improvements in mood and physical health. Research conducted in the last decade has begun to support the view that negative ions have a net positive effect on health.

One of the most tantalizing hints regarding negative ions and health surfaced when German researchers discovered a link between catecholamine regulation and lifespan after depriving experimental animals of negative ions.

First, researchers at the Goldstein and Lewin Dept. of Medical Research in Stahnsdorf, Germany isolated mice and rats in air-tight, sealed acrylic cases. Next, they filtered the ambient air to remove all negative ions from the sealed cases. Their research led to the discovery that a prolonged deficiency of negative ions led to an accelerated rate of death for the experimental animals. Examination of the animals led researchers to conclude that the results 'strongly suggest that animal death is related to disturbances in neurohormonal regulation and pituitary insufficiency.

Researchers at the Russian Academy of Sciences in Moscow discovered that negative ions are able to help protect the body from induced physical stress. When the researchers immobilized rats and exposed them to negatively charged air ions they discovered that the ions prevented the development of pathological changes characteristic of acute stress that are observed in untreated rats. The protective action of negative air ions was observed in all the experimental animals independently of their types of behavior.

British researchers at the Centre for Sport and Exercise Sciences in Liverpool exposed male subjects to negative ions and measured physiological responses, including body temperature, heart rate and respiration, while at rest and during exercise. Negative ions were found to significantly improve all physiological states, particularly during rest. Most important was the finding that negative ions are "biologically active and that they do affect the body's circadian rhythmicity."

Another clue to the role of negative ions in health comes from Russian research conducted at the Institute of Theoretical and Experimental Biophysics of the Russian Academy of Sciences, in Pushchino, Russia. Researchers found that exposure to negative ions increased levels of the protective antioxidant enzyme superoxide dismutase (SOD) in mammalian erythrocytes. The researchers also discovered minute amounts of H2O2 (hydrogen peroxide), writing, "The primary physiochemical mechanism of beneficial biological action of negative air ions is suggested to be related to the stimulation of superoxide dismutase activity by micromolar concentrations of H2O2 (hydrogen peroxide)